In 2013, six year old Kajal used to live with her family of 5 in a 2 m x 2 m room in the slum area of Chinhat in Lucknow. She used to work in homes with her mother. She used to abuse drugs. Kajal had never been to a school. Today, Kajal still lives in the same home, but she doesn’t work or abuse drugs. And most importantly, she goes to an English medium school where she is studying in class III. She is doing surprisingly well, which reinforces our faith in what a little help can do to radically change lives of children living in poverty.

We embarked on the mission with a handful of children with no resources to our disposal. The will was to disseminate education even if that meant teaching under the shade of a tree in a playground. What began with six children has expanded to more than 1000 on the present day.

In the last seven years we have been able to set up 7 permanent Yellow Rooms in four slums, two construction sites and a village where everyday 1000 children receive education free of cost. We have also set up a pre-primary rural school in a village.

HOW DID SARTHAK BEGIN

Ms. Kshama Hastak who has 17 years of experience in corporate and academics started Sarthak Foundation. This is her story.

"One thing that always made me feel very sad and disheartened was injustice being done to a child. It just brought tears to my eyes and I felt like a major disappointment on this earth when I saw a child carry a bag of rag or a child work in a stall or a child do something that a child is not supposed to do. That I think has been a major force why I started Sarthak Foundation. I used to work at Amity University, Lucknow as a Professor and there is a crossing which remains closed almost all the time. Stopping there in queues was kind of a daily chore. There were a lot of children there who would come around begging. I never gave these children any money but gave them something to eat, either a fruit or biscuits. One day unfortunately I did not have anything with me. That day when the kids came, I could not offer them anything. One of them saw some mouth freshener in my car. She asked me if I could give that to her..I asked her “wo to saunf hi hai usko leke Kya karoge?”  (What will you do with these fennel seeds?) She replied, “saunf Kya hota hai?” (What are fennel seeds?). I took some out and showed it to them and asked, “tumne kabhi saunf ni khayi hai?” (Have you never had fennel seeds?) and they all said, “ni Ma’am ye kabhi ni chakha hai” (No Ma'am we have never tasted it).

That I would say was a very very powerful trigger. Needless to say I gave them the entire packet. By then the crossing had opened and I started moving and tears kept rolling down my cheeks until I reached home. That day I felt what a horrible human being I am. I am one of the most privileged people on earth. I am physically fit, I am educated, I am earning enough for a decent sustenance, yet I do nothing for people who don't have this and specially children. They do not have access to education, good food, decent clothes. They are subjected to abuse both at home and outside, physical, mental, sexual, drug and they grow up very early which is not fair. They should not. They do not even know what a carefree childhood is. All these thoughts kept bothering me while I was driving back.

So that very same weekend I gathered two of my friends and started teaching these children. We would sit under tree shades with 5-6 children. We would carry blackboard chalk and stationery for them. God has been very kind to us. We have had lovely people joining the cause and amazing supporters who have helped us move forward. I have quit my University job now and giving my full-time to this cause." 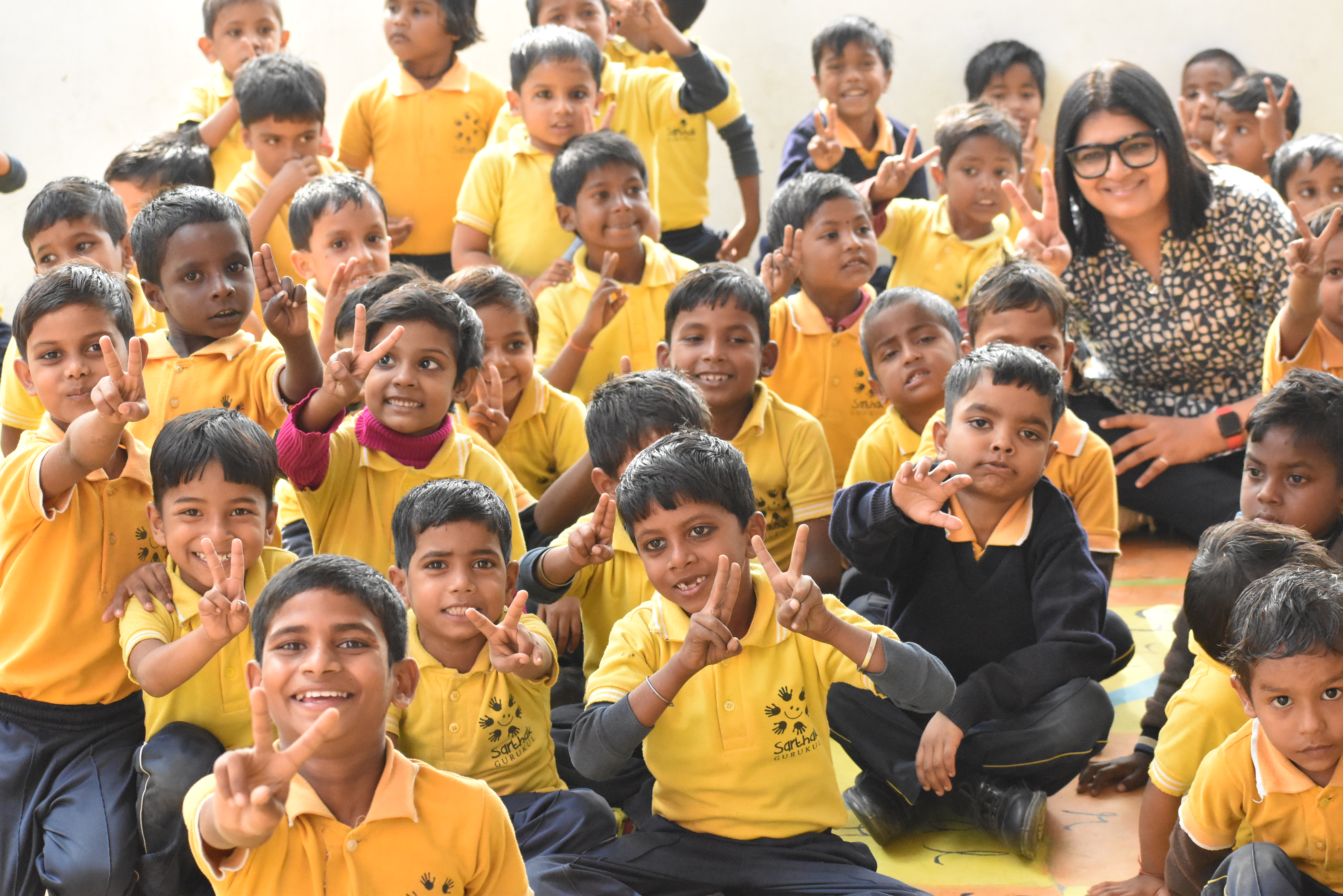 To Get Updates of Our Monthly Activities